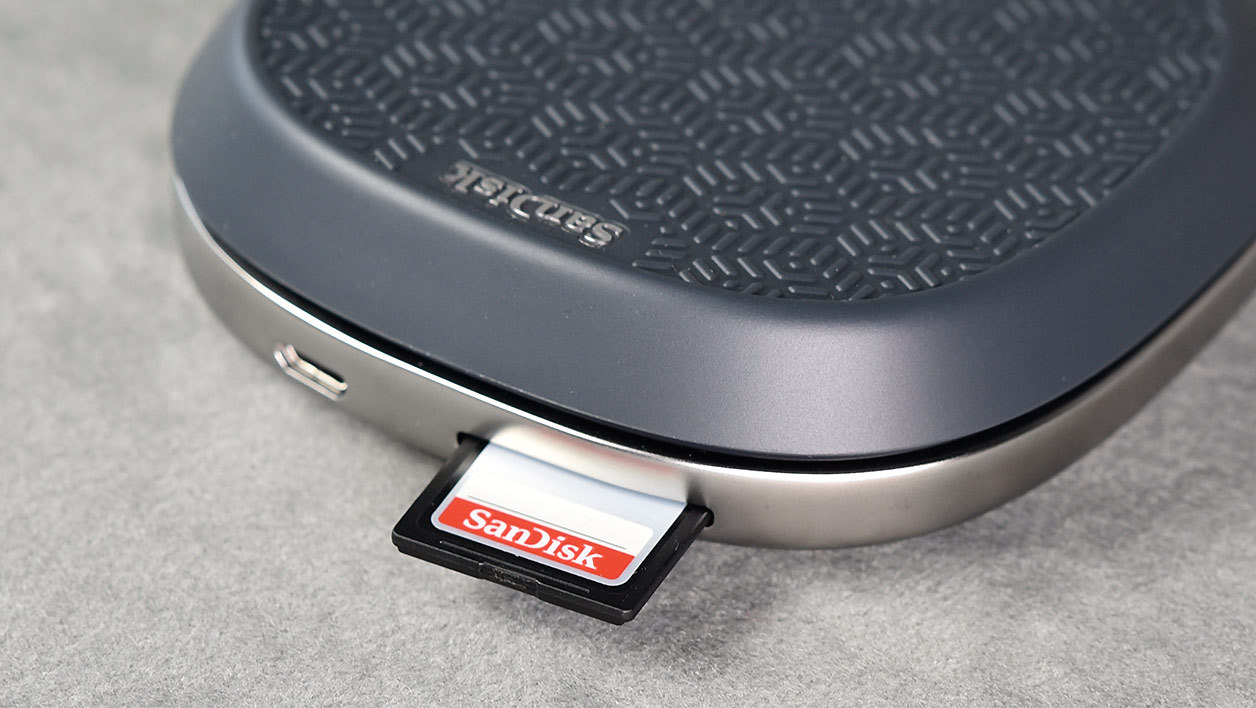 Though cloud storage services have become a lot reliable in recent times, coupled with fast Internet connection speeds, a lot of my friends aren’t entirely convinced to store personal photos and files on the cloud. I have to admit that I belong to that group of users, as I still think storing backups of photos and files in a physical hard drive is still a much safer solution, even though I have depended and worked on the cloud these days. However, when you want the convenience of backing up your data, this is where most physical storage devices will not be able to offer. In this case, gadgets such as the Sandisk iXpand Base comes in as a useful tool for backing up your photos, videos and contacts on your iPhone, while charging your phone at the same time, but is it worth paying over RM500 for the solution?

Sandisk has always made good looking hardware, and the iXpand Base is no exception. As the name suggest, the device comprises mostly of a rubber pad on the top that lets you place your iPhone on top while it charges, it also serves as a great cable management feature when you lift up the rubber cover, which can definitely help protect that expensive Lightning cable. In terms of ports, you get a Micro USB port for power and data transfer, and a standard USB-A port that charges your iPhone.

Initially, I was under the impression that the iXpand Base houses a built-in battery and storage, but that sadly turns out to be the other way round, it requires to be powered by a brick provided out of the box and it uses a relatively entry-level grade 128GB Sandisk Ultra SD card to be its storage medium, which the latter costs less than RM300 to purchase and comes with a slow write speed. Although I appreciate the fact that the storage can be easily upgraded, it is definitely hard to accept the cheap storage solution Sandisk provides when you are paying over RM500 for backup storage.

While the iXpand Base is clearly designed to stay on your desk, I understand the decision not to include a built-in battery. Yet again, for a RM500 device, it really doesn’t kill to include even a 2000mAh battery to charge the iPhone, I mean, it is portable enough to fit into any bag so I definitely do not see any reason not to include that. To conclude, I’m glad that this isn’t some cheap looking hardware, but the features that it offers as an iPhone backup storage solution just isn’t impressive for what you are paying for.

If you are fine with paying what Sandisk has to offer on a hardware level, you shouldn’t have any problem with the operability of the device. In fact, the process of backing up photos on your iPhone through the device is way easier than connecting the iPhone to your Mac or PC, all you need to do is to download and launch the iXpand Base app, connect your iPhone and it starts backing up everything you have in your gallery, including any screenshots or images received in messaging apps, while at the same time juicing up your battery. Though photo and video backup remains the most important feature, the iXpand Base can also backup contacts in your phonebook if don’t trust syncing them with iCloud.

Despite all the rants I have for the iXpand Base, I’m glad that the device itself can be used as a SD card reader without connecting an extra power source, all you need to do is to connect a standard MicroUSB cable to the device and the other end to your computer, and you will be able to browse your photos like you generally do on a storage device. The really good thing about the iXpand Base, is that if you happen to lose your iPhone accidentally, you get to restore all the original resolution photos back to your iPhone without needing to download them from iCloud, which saves up a lot of time if you don’t have a fast Internet connection.

Convenience is the key feature that Sandisk wants to sell on the iXpand Base, this is a gadget made for those who doesn’t trust the reliability of cloud storage services and don’t want to pay for a monthly subscription. However, the retail price of RM529 for the iXpand Base 128GB model doesn’t appeal as a value for money storage product, for that price you could actually get a 2TB WD My Passport hard drive, or top up a little extra cash for the 3TB WD My Passport Wireless Pro that does a better job at backing up both SD cards and smartphones. Furthermore, iCloud storage is also more affordable than even if you were to pay RM39.90/month for the 2TB storage plan, and there hasn’t been an occasion that I encountered data loss when using iCloud. If you must own the iXpand Base, then you really must be a person who values the automatic backup feature when you charge your iPhone, or if you don’t have a great Internet connection for backing up your stuffs to the cloud.

The Not So Good