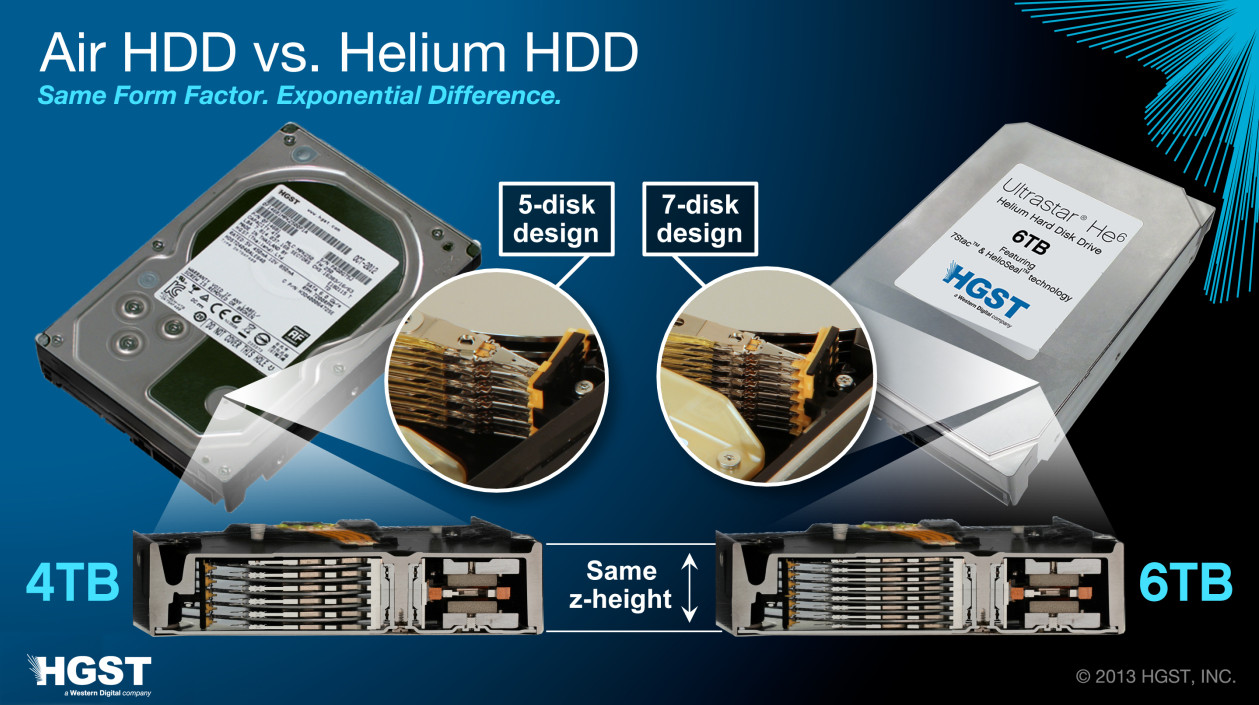 Earlier this year, Western Digital’s HGST business arm announced a 12 TB hard drive aimed at businesses and data centers. Now the company has managed to add another 2 terabytes of storage space into a single drive unit for the launch of the Ultrastar Hs14 enterprise-class HDD.

Before you start thinking about whipping out the two 10 TB drives in your My Book Duo, the Ultrastar Hs14 HDD is not destined for consumers. The high capacity drive technology will doubtless trickle down into the home and small business user at some point in the near future, but for the moment it’s being aimed at cloud and data centers.

Like previous Ultrastar drives, the Hs14 combines HelioSeal technology – where helium is sealed inside the drive housing instead of air to allow the platters to spin with less friction – and shingled magnetic recording – which sees data stored on overlapping tracks instead of parallel for improved storage density. HGST says that the new drive “delivers 40 percent more capacity and more than twice the sequential write performance of its SMR predecessor.”

The HDD offers 7,200 RPM performance at a sustained data transfer rate of 233 MB/s and is said to save on power, too – promising a 60 percent lower idle power use per terabyte than an 8 TB air-filled drive. It’s also built to last, with a Mean Time Between Failures (MTBF) rating of 2.5 million hours.

The Hs14 has been specifically designed for sequential-write environments, meaning that some businesses may have to upgrade or modify their software before slotting it into their servers, and comes in 6 Gb/s SATA or 12 Gb/s SAS interface options to support different data center configurations.

As is common for enterprise storage developments, HGST hasn’t revealed pricing, but is currently sampling the drives to select system manufacturers.